An introduction: Among the pioneers (1908 to the interwar)

The US Navy had wings, early on. From pioneers like Eugene Ely, which made the world's first ship launches and landings in 1912, to Mitchell's bombing tests in the 1920s, this story went in reality way back in a sense, to the observation ballons used by the Union Navy during bombardments operations on the mississippi and James River.

The very early days: The Wright Brothers and the Navy

The Wright Bothers already got the attention of the Navy in 1908. Orville's record-breaking flights at Fort Myer, aroused officers of the Navy to action. Secretary of Navy Metcalf was among the spectators, with Assistant Secretary Newberry permanently at Fort Myer. A report was redacted by Lt. George C. Sweet of the Bureau of Equipment about Fort Myer tests for the Navy. Metcalf later was interviewed and expressed an interest to buy an aeroplane and develop that new branch in the future. When asked, Orville later said that he could made his airplane float, fitted with two light water skids similar to rowing shells. After its flight, the seaplane could be brought alongside of the ship, pulled out of the water by davits. 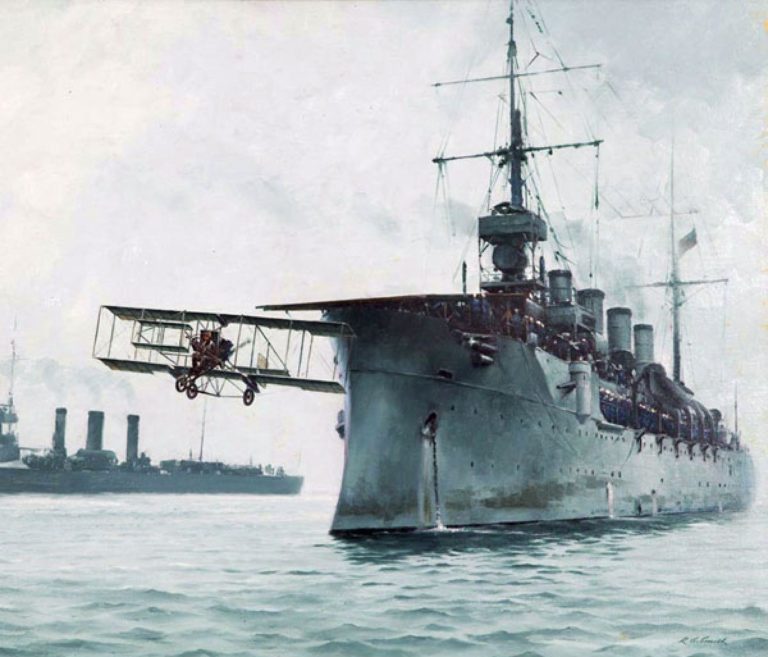 1910 was a rich year for naval aviation. A dozen of seaplanes were already being tested around the world, and both in France and UK, former cruisers started experiments with floatplanes, while in the US, a daring officer, Lt. Eugene Ely, starts tests to land on a warship with an wheeled undercarriage model. Already he took off on 14 November 1910 from USS Birmingham, using the first bow-mounted platform, on a Curtis pusher. Ely also made a "world's first" with the first landing in 1911, on the USS Pennsylvania. From these early tests, both the idea of a full-fledge aircraft carrier and flying-off platforms met success (in the Royal Navy). HMS Furious and HMS Courageous showed the way in 1917. It's on 9 May 1912 indeed that the first airplane take-off from a ship underway is made, by a British pilot on HMS Hibernia.

WWI: the USN took delivery of thousands of new aircraft

Japan in 1914 pioneered the first sea-air operations over Tsingtau from IJN Wakamiya and in July 1918 is launched trondern raid, first naval air attack. At that time, the RN possessed the largest fleet or seaplane and airplane carriers and greatest expertise while the US somehwat lags behind. The USN however took delivery of hundreds of new planes for the USN and USMC. Although operations were done from land bases along the US Coast and British or French bases in 1918, activity is anecdotal and the Navy came for deliveries, way behind the Army.

USN pilots at Pensacola NAS, first naval air base in 1914.

Godfrey Chevalier (photo) even before the war, stepping into Ely's path, first flew on 12 July 1916 from the first real aircraft catapult onboard the armored cruiser USS North Carolina. He would play later a pajor part in the development of naval aviation techniques onboard USS Langley.

One of the strangest seaplane the Navy ever had: the Experimental Curtiss-Goupil 'Duck' (1916), built by Curtiss after drawings from 1883 patent by French pioneer Alexander Goupil, as an argument in patent war with the Wright Bothers.

There was a naval aviation service for the US Navy during WWI, which operated a dozen of models: From Aeromarine, Burgess, Curtiss, Standard, Thomas-Morse, Vought, and others.

Curtiss R-9L on hoist of a seaplane tender c1920 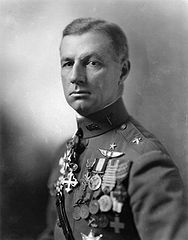 As the US fell into a relative sleep in military matters after WWI victory and the Versailles treaty is signed, interest for aviation is hurt both by massive peacetime budget cuts, conservatism and attachment to the Mahan doctrine and battleships in the USN. A WWI veteran pilot, Billy Mitchell's with his "Project B" wanted to show air-power was seomthing serious, to be taken with consideration, and arranged a demonstration with a famous and mediatic Anti-ship bombing demonstration. Hi exercise proved the effect of air power on any warship, and their vulnerability. This infuriated the navy, already curtailed by the Washington treaty, which saw the US Army flegdging Air Force taking over budgets from their branch. Mitchell was court-martialled but ultimately won with some political support and the press.

In between, the Navy, not to be undone by either Britain or Japan, started construction of a first "flattop" on the basis of a surplus WWI fleet collier, in 1920. The famous USS Langley, the "covered wagon", is converted in Norfolk NyD in 1920-22 and tests started later that year (Commander Kenneth Whiting) with the press commenting the exploits of these first pioneers: Lt. Virgil C. Griffin (first take off 17 October 1922 with a Vought VE-7), G. Chevalier, first to land an Aeromarine 39B on USS Langley (CV-1), on 26 October. From then on pilots and engineers defined the first techniques while the admiralty, later convinced by Mitchell's exploits studied the conversion of the two battlecruisers of the Lexington class, into its first fleet aicraft carriers. This was a long process, only achieved in 1927. 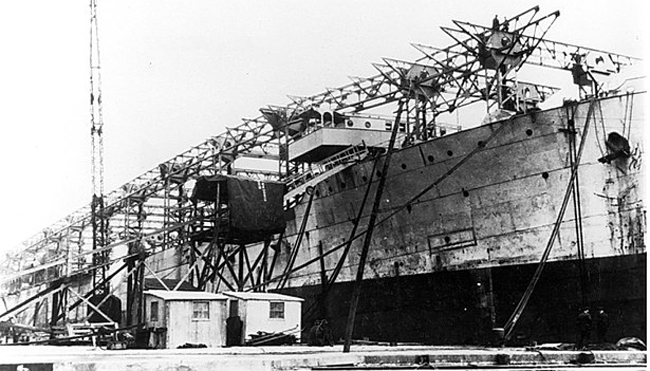 The 1920 saw indeed the USN first orders for specialized aircraft. The Aeromarine and Curtiss "Jenny" were both capable of operations from a carrier, and versatile enough to act as fighter/observation/scouts/light bombers. However progress in technology already shown fighters in 1919-1920 capable of reaching 400 kph with more powerful engines and a mixed construction of metal and wood covered with fabric. Soon, the USN took delivery of a first air group for USS Langley composed of Vought VE-7F, Aeromarine 39-B, and Curtiss TS-1, already kind of specialized in their tasks accordng to their agility, speed, range and payload.

In 1924 the Navy had its first torpedo-bomber, the Douglas DT-2. In fighter went a long way, and Boing delivered in 1925 its FB-2. In 1926, USS langley operated the Curtiss F6C and Boeing FB-5. New versions arrived yearly and ordered were modified acordingly. In 1927 the Navy accepted her new torpedo-bomber, the Douglas T2D-1 and the next year, the Navy had its first all-metal biplane fighter, the Boeing F3B-1. In 1929 the Martin T4M-1 became the new standard torpedo bomber, replacing the Douglas, and in 1930, the new standard Fighter became the Boeing F4B-2, then F4B-4 two years later, Curtiss seemingly out of the loop for Navy orders, concentrating on more lucrative, way larger Army orders. 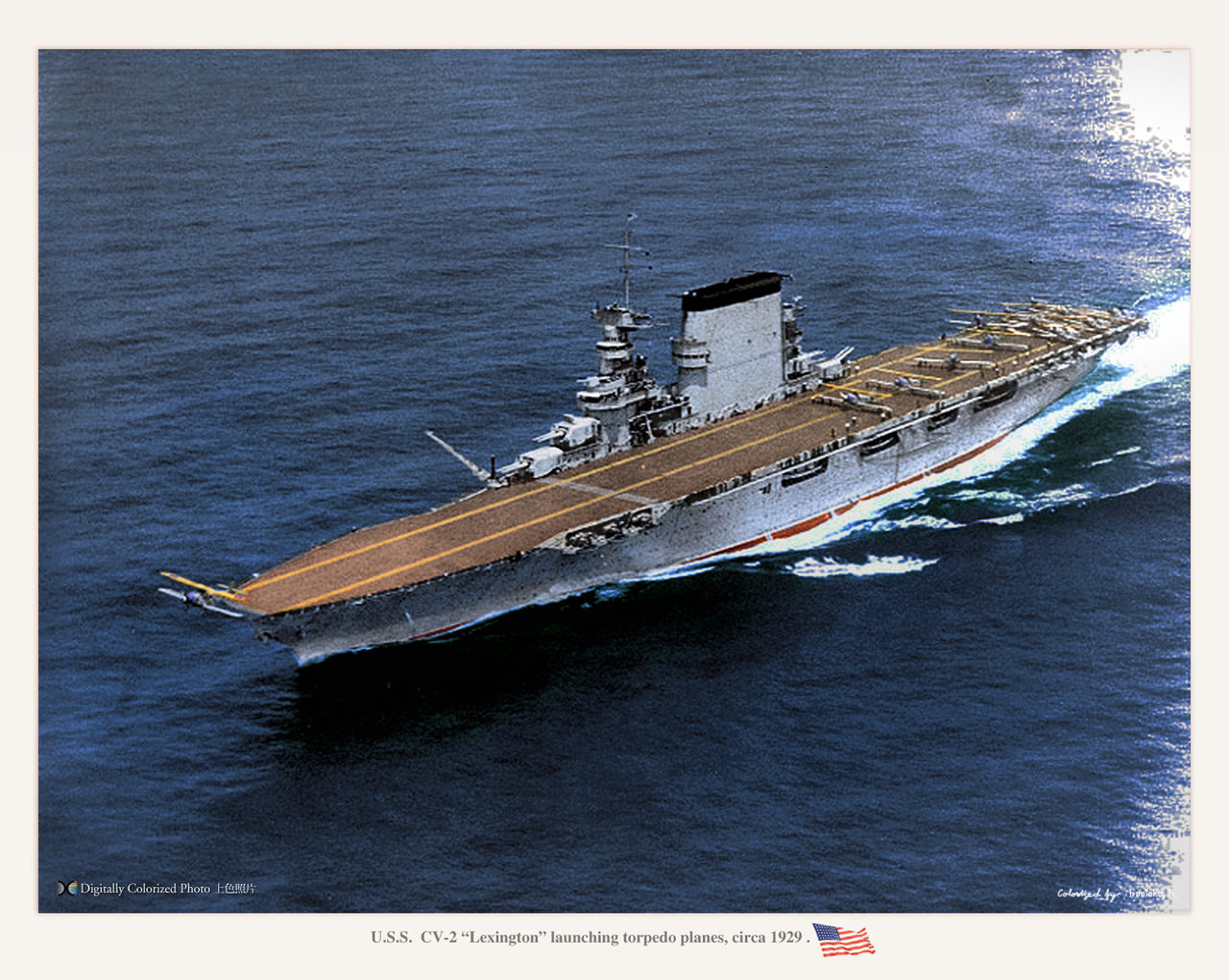 In 1931 the Navy accepted the Pitcairn XOP-1, its first observation autogyro, first ever USN rotary-wing aircraft to be seriously evaluated. In 1934 the Navy accepted the Martin BM-2 as its new torpedo bomber, followed by Great Lakes models, flying from the decks of the USS Langley, Lexington and Saratoga, and from 1934, from the decks of USS Ranger, and in 1938, USS Yorktown. In between, Grumman started to make a name of itself, delivering to the Navy an innovative rectractable wheeltrain, firs adaptated on a Boeing naval aircraft before its own models started to be accepted, the FF and the F2F. More on USN Aircraft carriers. 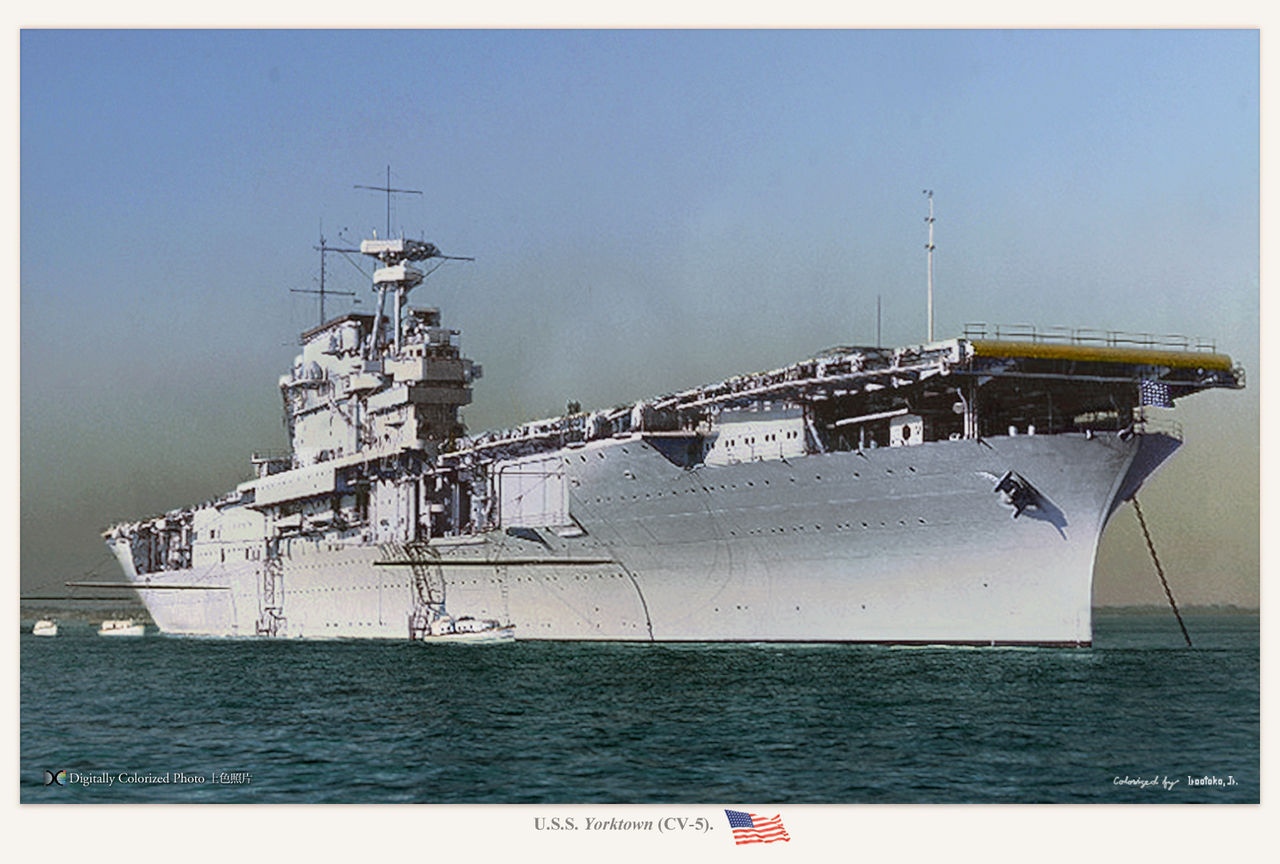 General-purpose and marine expeditionary biplane (7 built). The Elias EM-1 was designed for the United States Marine Corps as a multirole marine expeditionary aircraft, operating on floats or wheels and easily convertible. The EM-1 was a two-seater of unequal-span powered by a 300 hp (224 kW) Wright-Hispano H engine, later modified to equal-span and delivered in 1922. Six production models followed designated EM-2 with a 400 hp (298 kW) Liberty 12 inline engine. The "M" was supposedly intended to design this multirole function, "E" standing for the manufacturer. Later one was modified as an observation plane only , taking the denomination EO-1.
Huff Daland HO ():

Originally designed for the USAAS, the Huff-Daland Type XV Training Water-Cooled TW-5 (26 built) was another multirole model, but on this total, nine were for the USN: The HN-1 with floats, powered by a 180hp Wright-Hispano E2 engine (3), the HN-2 (same) powered by a 200hp Lawrance J-1 (3) and the HO-1 with a 180hp Wright-Hispano E2 engine and interchangeable wheel/float undercarriage (3).
Martin MO():

In the early 1920s the United States Navy wanted to test a monoplane with a thick airfoil section and cantilever for observation, such as those designed by the Dutch company Fokker. The Navy's Bureau of Aeronautics however soon designed a derived three-seat observation monoplane and by contract, choosed Glenn Martin for production of the designated MO-1, with an order for 36 land-based, long-range aircraft. The MO-1 had a slab-sided fuselage, fixed tailwheel landing gear, all-metal structure, fabric covering, and powered by a Curtiss D-12 engine. In 1924 one was tested with floats. (36 built).
Martin M2O():
()
Boeing OB():