The Chilean Navy in the interwar

Chile had a fruitful and ancient maritime history, shrouded in its past triumphs that left it at least until 1914 an aura of invincibility. Its clashes against Peru in particular, repeated victories in the Pacific in 1879-1883, and successful intervention in the revolution of 1891, had welded the Chilean population behind the navy. In 1914, Chile remained neutral but was considered to be the continent's largest fleet. Strict discipline, technology and naval tactics were modelled on that of the Royal Navy, of which she was both the student and the most loyal customer, notably through a permanent British naval mission established since 1923. Third naval force of South America, but in the background in 1914, Chile had a much smaller force in 1939. Ordering dreadnoughts a little later than the others, was supposed to give him a clear advantage over neighbors and rivals. However, in 1914, the construction of these two battleships was taken over by the Royal Navy, requisitioned, renamed, the first one participating in the operations of the Grand Fleet.

After the war, HMS Canada returned to its original sponsors, under the original name of Almirante Latorre, while the other, unfinished as a battleship, was converted into an aircraft carrier and became operational with the Royal Navy under the name of HMS Eagle. Modernized in Britain, the Latorre was quite at the level of the Royal Navy's other battleships and an impressive unit in 1939. Shortly after Pearl Harbor, the White House attempted to buy or rent the Latorre in Chile, and its other major units, to fill the gaping holes left in the Pacific fleet after the Nippon raid, but of course Chile, scalded by the British requisition of 1914, firmly refused.

Conway's Profile of the Esmeralda, decommissioned and scrapped in 1930.

Still modest in 1914, the Armada de Chile was third in tonnage in South America, behind Argentina and Brazil. These two fleets launched in the construction of Dreadnought very early on, Argentina having the two Rivadvia, and Brazil the two Minas Gerais. Chili did order too two dreadnoughts battleships in 1911, but did not receive these until 1920. In fact both dreadnoughts (really powerful even in British standards) were built at the Armstrong yards under the name of Libertad and Santiago, and then Almirante Latorre and Almirante Cochrane.

They were started in 1911 and 1913 with their planned launch in 1913-14, meaning that both units were requisitioned by the Royal Navy in the course of completion. The Almirante Latorre was launched in 1915 under the name of HMS Canada and was sent to the fourth squadron, notably fighting in Jutland. Almirante Cochrane was, however completed as an aircraft carrier in 1920 under the name of HMS Eagle. The first was eventually donated to the Chilean Government in 1920, while the second, which Chile wanted to rebuilt as a battleship, was kept in service in the RN and eventually sunk in 1942 by U73 in the Mediterranean. Chilean Cruiser o'Higgins. In 1939 she was in reduced service, barely modernized.

In addition, the formation of the crews and the Chilean naval doctrine was entirely modeled on the tactical principles of the Royal Navy for a long time, notably since the founding of the naval college of Valparaiso, by a consortium of British advisers since 1911. Despite this acquaintance with London, Chile Like the rest of the American continent stayed neutral in August 1914, even so when the Germans and the British clashed in Coronel's waters.

In 1931, however, this fleet, which was numerically important, was widely criticized, it was a durable crisis that was forced to work in the various armed forces of Chili (sea, land and air), gangrened by officers meddling with politic affairs and a political opinion unambiguously opposed to the government in place, supported by the air and land arm branches, while the Navy remained loyalist.

In September 1931 the fleet, led by its officers, mutinied. It was attacked on September 6 by a squadron separated from 22 planes, and put to reason. As a result of this episode, a waltz of dismissals and replacements of felonious officers made the fleet loyal to the new government, but the episode left deep traces in public opinion, which began to detach itself from it. His prestige among the people had indeed been seriously undermined.

Previously, a considerable financial effort had been made to maintain the navy's rank in South America. The three antediluvian cruisers Blanco Encalada, Chacabuco and O'Higgins, still very popular, were in active service and kept in the front line, although not receiving any significant modernization. The rest of these forces were completed by destroyers aged from 10 to 30 years, and submersibles of the same generation. In 1927, the naval plan adopted made it possible to send the Latorre to Great Britain for modernization, to order the construction of 6 destroyers at Thornycroft, 3 submersibles and 1 refueller at Vickers-Armstrong.

The Chilean Navy in ww2

After 1941, Chile remained neutral. In 1944, however, Britain, still hoping to see its student participate in the defense of convoys in the South Pacific, transferred three frigates to Canada through Canada. But Chile remained neutral until the capitulation of the Third Reich and it is now proven that this country was not hostile, far from it, like its Argentine rival, the old fugitives of the Third Reich. 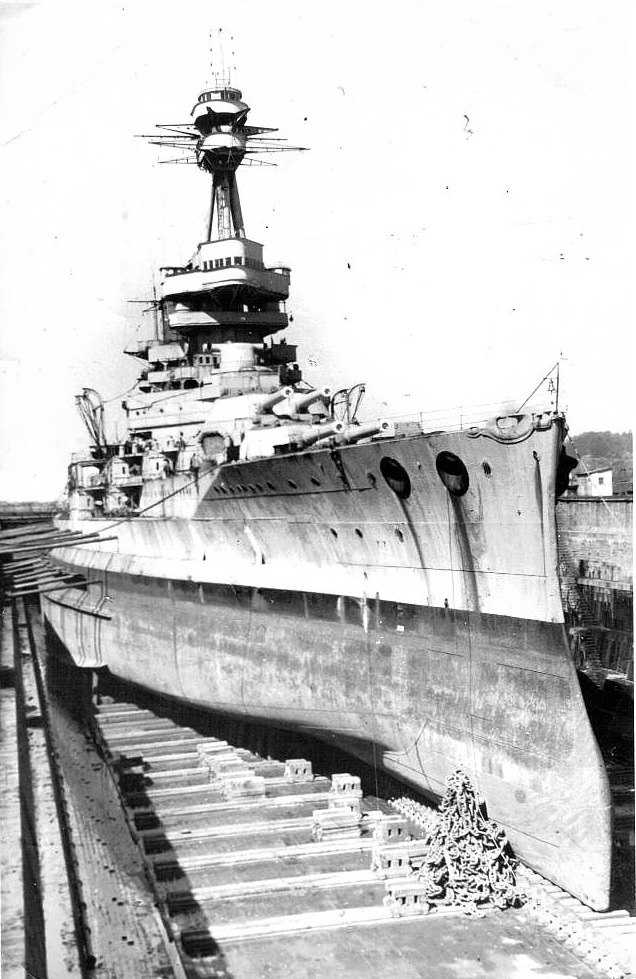