This chapter opens a radically new historical era in the history of international relations: This is the story of the second half of the twentieth century, the one most of us are close to personally. The world lived under constant threat despite permanent, sometimes tense and uneasy dialogue avoiding a global East-West confrontation until the end of the 80s, fortunately for humanity. With the last days of the Soviet Empire, and the fall of the Berlin wall, the World balance changed into the world we know today, paradoxically more complex and insecure.

This long era of "cold war" (interposed conflicts, arms race and mutual influences on post-colonial world) held in suspense of a nuclear Apocalypse, seeing additional nations reaching the ultimate military power despite the 1980s disarmament treaties. This was a relatively "simple", bipolar, somewhat balanced world, assured by MAD (Mutual Assured Destruction), the nonsense of an action that would result in a global obliteration of civilization. This is the essence of deterrence: Using it is a failure for humanity as a whole.

The embodiment of the US Navy might in the 1960s: Three nuclear ships (hence the crew forming "E=MC2" on the deck), the USS Entreprise, USS Long Beach and USS Virginia (or a cruiser of its class).

This era saw two superpowers emerging victorious from the Second World War, both armed to the teeth and seeing themselves as leaders of their own vision for the world. These were two representatives of fundamentally opposite economic and political worldviews. Most of the cold war saw them ensuring new counties entering their sphere of influence (or prevent them to escape or shift sides) and trying to rally others.

Despite the end of the war these to superpowers kept teir military expenditures and armaments industries at the very high level. These were partly financed by exports towards friendly nations. Eventually the weight of these military expenditures combined with the economical failure of the communist regime precipitated its demise.

Disappearance of the Soviet threat had some impact on US spending in this area, but "Uncle Sam" still considered its leading role in the global stability, had powerful Military-industrial lobbies, tries to keep the edge in technology, and dominate the export market. Although modern Russian fleet is the shadow of the former Soviet naval power, China in a decade grew to 6th to 3th naval power, resulting in Japan and India also launching ambitious naval plans as well as neighboring nations. It's still not the time for the US Navy to disarm or be disengaged, in particular from Asia. 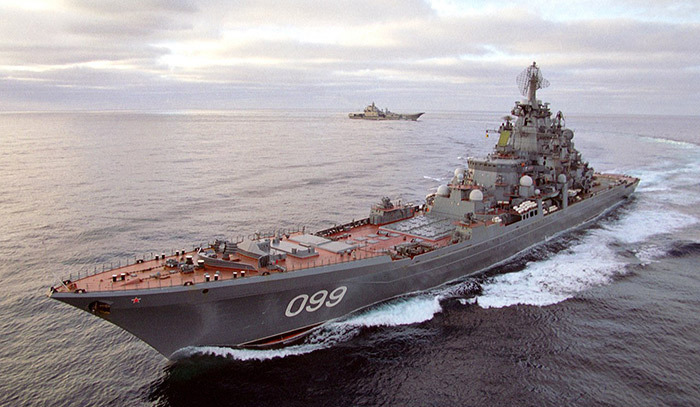 The Kirov class "battleships" are still the largest missile cruisers afloat worldwide, a fitting response to US reactivation and modernization of the ww2-era Iowa class battleships.

Navies of the two blocks constituted a large part of the nuclear deterrent policy, through ballistic missile carrying nuclear submarines (SSBNs) predominant because of their long cruise and stealth capabilities, plus global strike capabilities. The aircraft carrier, still king of the surface was adopted as the pivot of conventional task forces, beefed up with dedicated amphibious ships. Such as mobile air base and center of any response force they are the symbol of global projection of forces and a crucial way to keep order on the even seas. US Aircraft Carriers were also (and are still) the main threat that largely shaped tactically and technologically the Soviet and now Chinese fleets.

1960 is a first milestone, because if politically it was the year of the missile crisis in Cuba,it reflects also the arrival of many revolutionary naval technological breakthroughs: Nuclear propulsion, missiles and radars...

1990 is the second turning point as not only world fleet seemed to have reached a peak in tonnage, it was the end of the cold war, from which the Soviet Navy in the following years was amputated nine tenth of its operational tonnage for budgetary reasons and poor maintenance.

The naval forces of the two superpowers were obviously the most studied in the context of the Cold War. Both constituted by far the cornerstone of their respective military organizations. NATO included countries of Western Europe, future European Union, and some countries on the periphery such as Turkey. These were opposed to the Warsaw Pact, grouping under the tight control of the Soviet "big brother", popular republics of eastern Europe, beyond the Iron curtain. The balance of forces remained uneven: The combined gross tonnage of the American, British, French, Italian, West German fleets alone far exceeded that of the Warsaw Pact, which most nations had a much reduced maritime area in charge and limited ambitions.

There were also fleets from counties not bound by treaties, but yet still more or less supported or in the orbit of one or the other, namely in Asia. Japan sided with the US, and China with the USSR. Many "non-aligned" countries emerging from decolonization, had a modest budget, and choose in general a prudently neutral policy. Naval Exports, like other military hardware often reflected a presupposed Soviet or American alignment in the eyes of experts, or "sympathizers" shifting side at some point like Egypt. Cuba for example was firmly under the American grasp, but approached the USSR at the end of the Batista dictatorship. Few were the other South American countries to completely shift towards the east as US secret services deployed time, advisors and money to keep these countries out of communist influence (Monroe doctrine). This famous acronym grouped within it the most powerful navy in the world, those of the great traditional powers of the west, fronting the Warsaw Pact. The famous treaty was signed in Washington in 1949, already involving the occupying powers of Germany, namely, USA, Great Britain and France, and it naturally added Canada and the Netherlands, Belgium and Luxembourg. The treaty was proposed in 1949 in Denmark, Portugal, Italy, Norway and Iceland. It was a treaty of mutual defense and assistance to overawe the communist block. 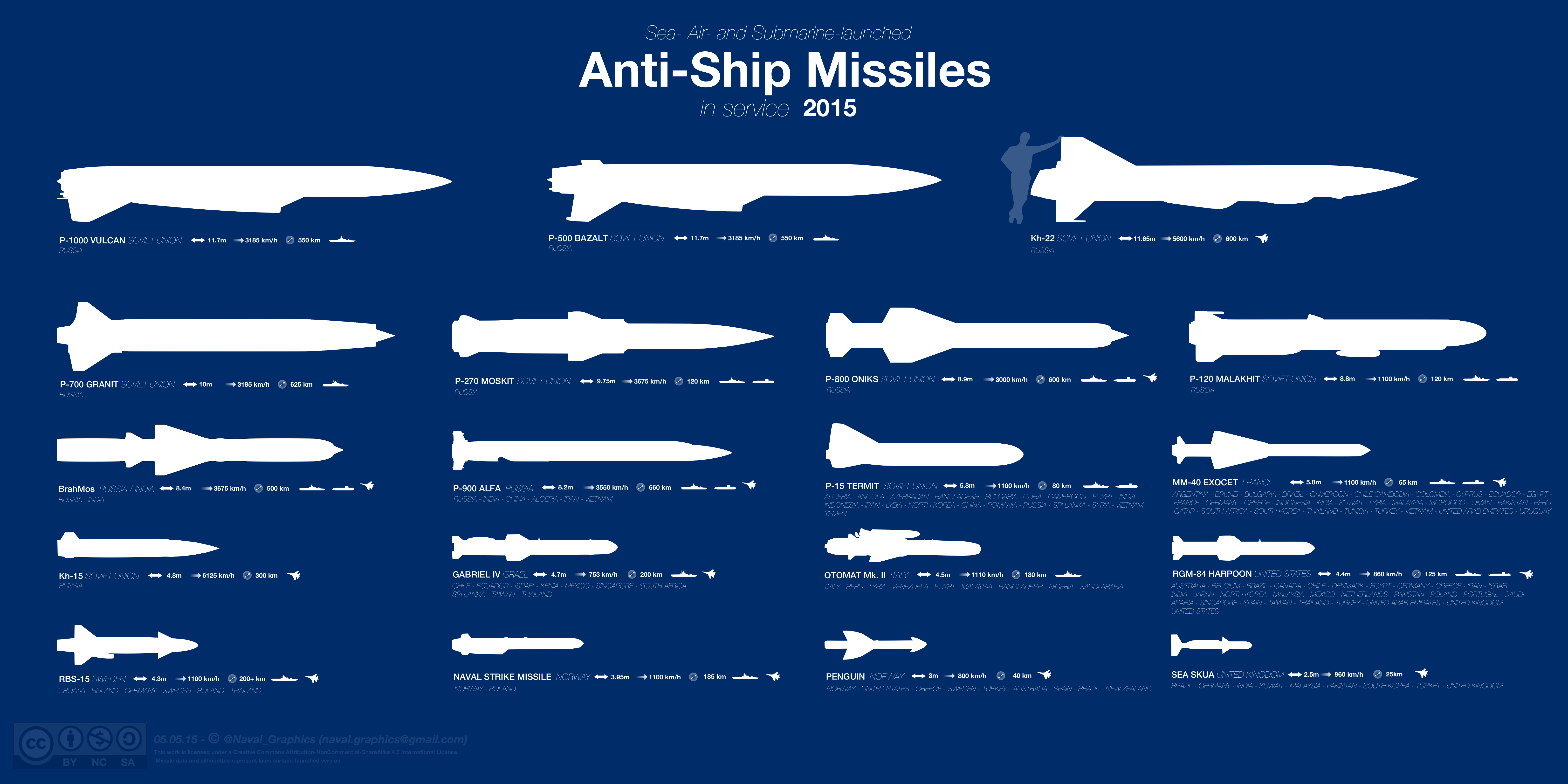 The arms industry and deployed assets by signatory Nations were made in accordance with specifications issued by NATO council, dictated by global military requirements. This organization has not disappeared with the fall of the USSR, but as an organization remained effective for the coordination of European military capabilities, with a declining American influence after 2017. Year after year it also appeared almost as the main armed arm of the UN, but also a dam for a real strictly European defense policy. Here are the countries concerned, which will be processed for some on two crucial phases of the cold war, 1960 and 1990:

When NATO was signed in 1949 Stalin took note, but not decided to mount a rival organization. After he was gone, with the advent of Nikita Khrushchev, West Germany ratified in turn the Atlantic Treaty and was therefore "in the process of re-militarization." As a consequence, the heads of the Kremlin tried therefore to set up a similar organization. The Warsaw Pact was signed on 14 May 1955 between the communist countries of Europe (China was excluded).

Besides the "Big Brother" (USSR), signatories were Poland, Czechoslovakia, Hungary, Bulgaria, Albania, Romania, and East Germany. This 11 articles text stipulated that new accepted members could only be included with the consent of the other nine. Yugoslavia at the time, under the leadership of Tito, remained neutral. Command of forces in these countries went suddenly into a single structure, headed by the commander in chief Koniev at the time.

The naval forces of these countries spent the same time under a single command (Soviet), and naval policies set according to the needs of the community. The RDA for example, was quickly specialized in mine warfare. Each country sent a representative to the annual ordinary meeting. This pact enshrined the Soviet grip on Eastern Europe: When Hungary tried to be neutral in 1956, the uprising was crushed and the government overthrown and replaced in two weeks. Later she did the same at the Spring Prague in 1968. This intransigence also caused the removal of Albania, which was not worried because of its geographical isolation among neutral nations.

In 1968, Albania, therefore, is to withdraw, and China, introduced from the beginning as a simple observer, also step down in 1962. In 1985, it was decided to extend it for a period 20 years. It ended in 1991 following the fall of the Wall and the dissolution of the Soviet sphere, formalized in June in Prague. Subsequently, in 1999, three countries of the old covenant came within NATO: Poland, Hungary, and the Czech Republic. Poland sent troops during the invasion of Iraq and supported the NATO position of the country sided with the USA. -USSR, GDR, Poland, Romania, Bulgaria, Albania.

Allegedly under the communist umbrella or sphere of influence:
-China, Yugoslavia.

Naval Combat in the cold war

The Falklands War: Sinking of the Belgrano (picture Wiki DP)

The Cold War was eventful, although never saw large naval direct confrontations. The Korean War was mostly a land affair, with the exception of a decisive amphibious operation at Inchon and the rôle played by the US Navy for support. The was the first of the "containment" doctrine conflicts trying to avoid countries recently gaining independence joining the Communist sphere, a scenario repeated against imperialism embodied by the ancient colonizers (mostly from Europe, therefore affiliated with the West). HMS Broadsword and HMS Hermes, en route to the Falklands, 1982

After Korea, Viet-nam was the other war in which the US Navy played an important role. The Cuban crisis was another major event, seeing a naval blockade also orchestrated by the US Navy, and largely successful combined with other means to avoid a nuclear war. Interventions in the "backyard" of the two superpowers also sometimes involved limited naval assets, and technological rivalry, arms race, tactics race, silent (spy) war, especially true for submariners. Who knows (for the happiness of novelists like Tom Clancy) what formidable naval battles were avoided in the hushed silence of diplomatic cabinets? We'll have to wait for additional declassified documents to know more about these events.

French naval assets and action. The conflict after all started with the naval bombardment of Haiphong.

UN naval forces and the USN Navy opeates along the Korean coast, Landing of Inchon, etc.

The Cuban missile crisis, Soviet and American fleets actions and naval policy of the time (notably the blockade).

Little known naval actions between Israel and its neighbors, the Iran-Iraq war...)

Naval/Air/Amphibious Operation of the Falklands and respective forces

Naval Operation of the gulf war and respective forces

The Reshuffled balance of tonnage and emerging naval powers, the lessons of past naval conflicts and naval tech, the rise of the Chinese PLAN and new threats.