Direct successors to the Dreadnought

By december 1906, after the famous battleship was launched, 1st lord of the Admiralty sir Jackie Fisher was so confident over the design, that three sister-ships were already ordered respectively on similar plans. They were laid down for Bellerophon at Portsmouth and in January and February 1907 for the Superb and the Temeraire, respectively in Elswick and Devonport shipyards. Utterly similar they however differed by some details, the first striking difference being the masts. They were launched between July and November 1907 and entered service between February and June 1909. The main singularity of these ships as stated was the use of two tripod military masts instead of one, the foremast being relocated in front of the first funnel to avoid the smoke plume to clog the vision of the forward observer. The second mast was located in front of the second funnel. The other major change was internal, as they received a complete internal protection without loss of speed, complete bulkheads running longitudinally through the ship whereas those of the Dreadnought only protected the magazines. Some sacrifices were done however, with belt armor decreased from 11 to 10 inches (254 mm) and reduced coal (therefore range).

Although their main armament was left unchanged in disposition their secondary 76mm QF guns were recognized as too weak to correctly deal with destroyers and replaced by Sixteen 4 in (102 mm) QF guns, which much longer range and twice the impact. This was supplemented with four 47 mm parade guns, firing white rounds, removed in 1914. A subdivision for better anti-torpedo protection was also added internally.

All three were active in 1915, when the 102 mm located on the roofs of the turrets, deemed too exposed, were removed and relocated in the superstructure. The masts have their upper extension shortened and they received a new radio system. Tow more secondary guns were also added, 102 and 76 mm AA. Heavy and unnecessary torpedo nets were removed, the bow torpedo tube Also, and projectors located on the platforms were also replaced by better protected, enclosed ones. In 1918 two turrets were fitted with launching platforms for a Sopwith Pup fighter and a Sopwith Strutter 1/1/2 used for advanced long range recognition. They were not recoverable and had to land on beaches if possible.

The Bellorophon was assigned to the 1st Battle Squadron, but had and a collision with HMS Inflexible and another with a cargo ship in August 1914. She fought at Jutland in May 1916, as well as the Superb and the Temeraire. The Superb was also the flagship of the fleet sent to the Dardanelles for a new large-scale action in November 1918. The Temeraire served in the Mediterranean until 1918. She later became a training ship, while the Superb, was placed in reserve became a target ship in 1920, disarmed. She was demolished in 1923 and two others in 1921. 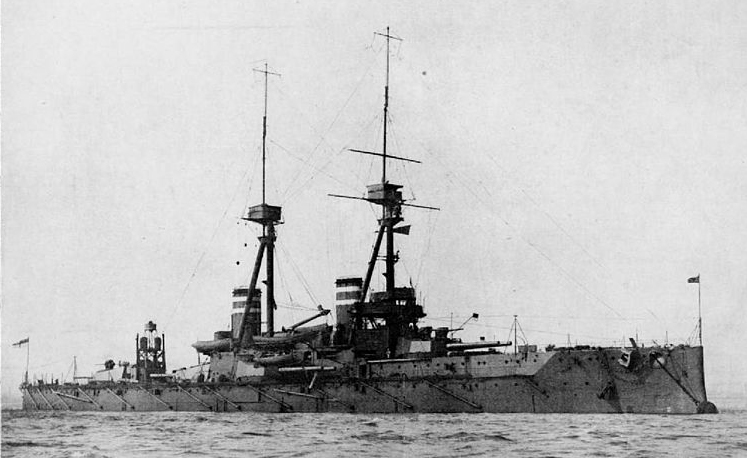 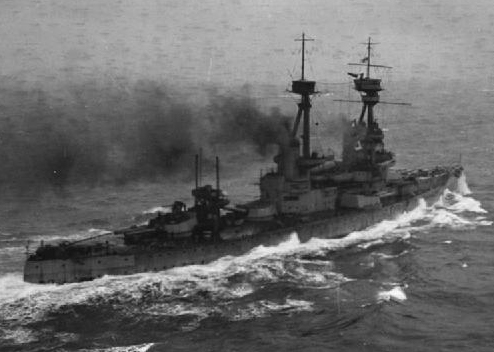 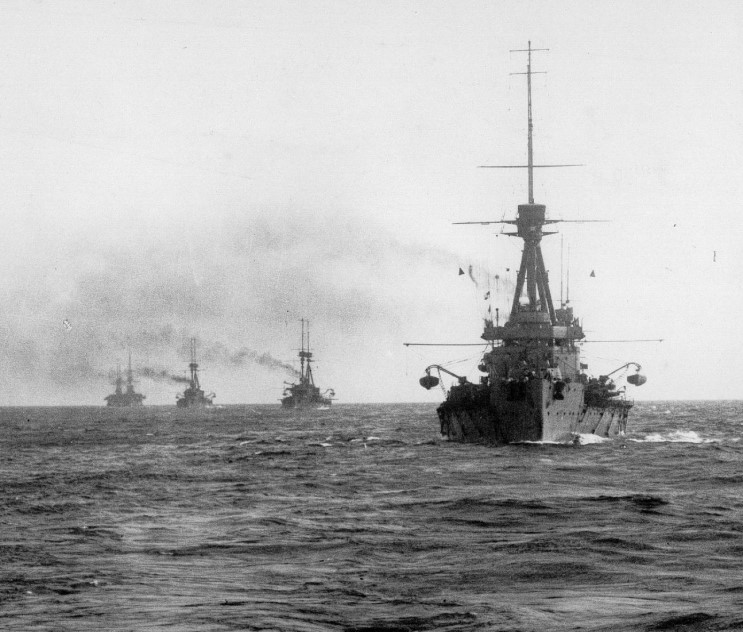