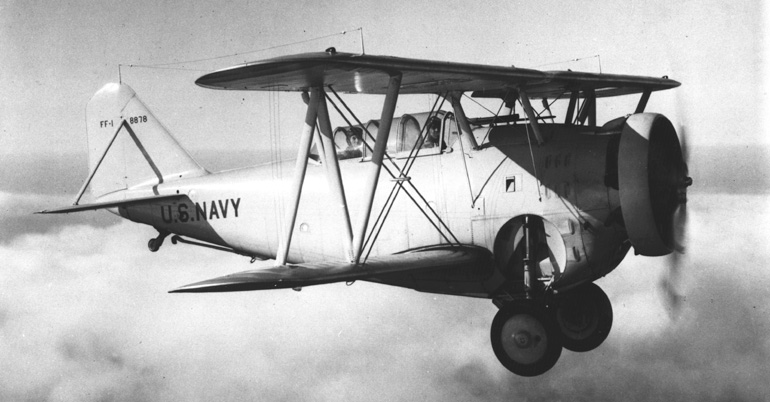 About Grumman & the navy

"Leroy Grumman was an engineer at Loening Aircraft Engineering Corporation in 1920. The company latter was bought by Keystone Aircraft Corporation and moved to Bristol, Pennsylvania in 1929. Grumman and his partners which were all ex-Leoning Aircraft employees then started their own company in an old Cox-Klemin factory in Baldwin, Long Island (New York), registered as a business on December 6, 1929 and opening on January 2, 1930 under it's funder's name. Specialized in welding aluminium tubing for truck frames, Leroy Grumman soon focused on obtaining US Navy contracts. He proposed floats with a retractable landing gear, soon propelling Grumman with its FF-1 biplane into the admiralty's favorite manufacturer.

Grumman became of course famous for its war "Cats" like the F4F, F6F, F7F and F8F as well as its torpedo bomber TBF Avenger which helped turned the tide in the pacific. Its career went on in the cold war with the same success, giving notably the navy the Panther and in the 1960s-70s the Tomcat, ending in the early 1980s with the A-6 Intruder and E-2 Hawkeye, EA-6B Prowler, before merging with Northrop. The popular "Fifi", first success of the company and fastest fighter of the US Navy in 1933

The FF-1 was Grumman’s first complete aircraft design for the US Navy soon after the company creation. The Navy had asked Grumman to make their retractable landing gear work on their O2U-1 Scout and later if it could be retrofitted on the Boeing F4B-1 fighters. Instead Grumman famously rose to the occasion and proposed its own fighter design. The XFF-1 was built on a 22 April 1931 contract and flew in December. It was a kind of hybrid, with two-seat and enclosed cockpit, and all-metal fuselage while wings were covered with fabric. The initial 616 hp Wright R-1820-E Cyclone was replaced in production by the 750 hp (560 kW) Wright R-1820-F Cyclone allowing the record speed of 201 mph (323 km/h) in the Navy. Production was limited to single-seat 27 FF-1 in December 1932 plus 33 scouts (SF-1s) with two-seats and R-1820-84 Cyclone engine. Other versions of the Grumman F3F followed and a total of 116 as ultimately built. This was just a pinprick compared to the production of the following wartime F4F, the first to have a proper name, the first of the "cats". 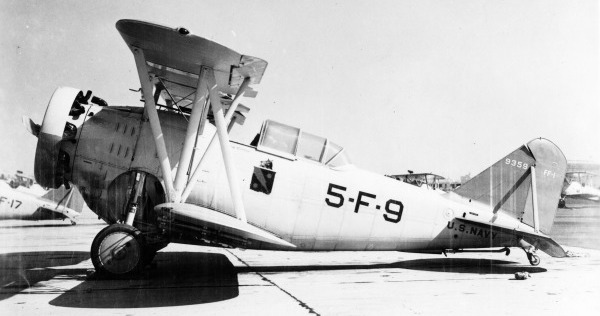 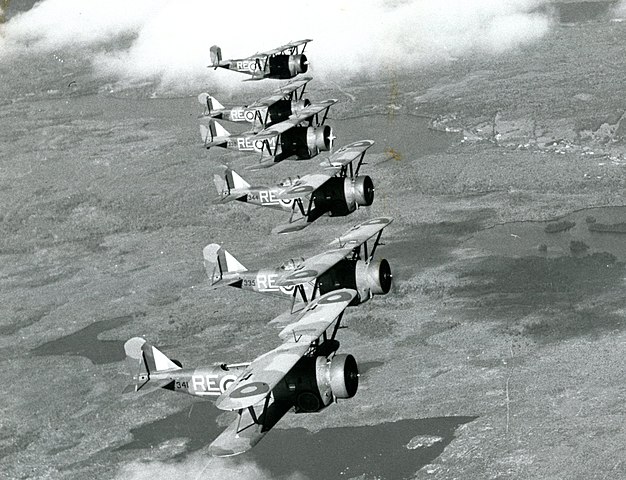 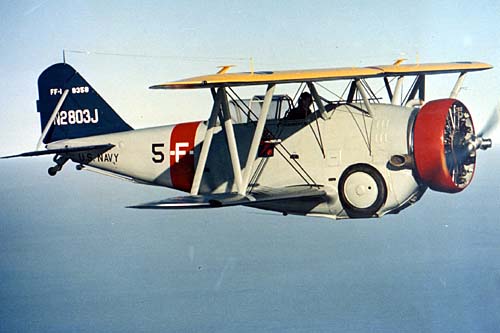 Src/Read more about the Grumman F3F: