The outstanding performance of the Grumman FF-1 two-seat fighter, which was significantly faster than single-seat fighters of its day, prompted the Grumman design team to firmly consider the enormous potential of a single-seat version of the model, so that in June of 1932 he submitted to the US Navy's proposal named Grumman G-8. The XF2F-1 prototype commissioned on November 2, 1932, was slightly smaller than its predecessor, with a semi-monocoque metal fuselage and metal wings but cloth clad, with ailerons only on the upper plane.


Power plant consisted of the Pratt & Whitney XR-1534-44 Twin Wasp Junior 625 HP experimental radial engine and armament comprised two 7.62 mm Browning machine guns in the upper part of the forward fuselage section; under the wings could be installed mounts to carry two 50 kg bombs; In addition, the new design incorporated sealed watertight compartments with the aim of reducing weight and improving the chances of survival in case of splashdown.

The prototype left the factory for the first flight on October 18, 1933 and this took place with Jimmy Collins at the controls, in which it reached 369 km/h at 2,560 meters in height (35 km/h faster than the FF -1 at the same altitude).1 The maneuverability was also superior to that of the two-seater FF-1. After the evaluations carried out by the manufacturer itself, this device was placed in the hands of the U.S. test pilots. Navy, who carried out a six-month program.

During its course, a maximum speed of 370 km/h at 2,500 m and an initial climbing speed of 940 m per minute were verified; however, it should be noted that the short, stocky fuselage suffered from some directional instability and that spin qualities were not the most adequate, minor changes were made, including a larger canopy, a 15 cm increase in the wingspan of the upper plane and the replacement of the NACA hood with one of smaller diameter and with fairings for the cylinder heads.

The US The Navy ordered 54 production F2F-1 fighters on May 17, 1934, with the first production unit delivered on January 28, 1935 and the last 10 months later. An additional example was ordered to replace one that crashed on March 16, 1935, so the total number of F2F-1s delivered was 55 aircraft.

The F2F in service 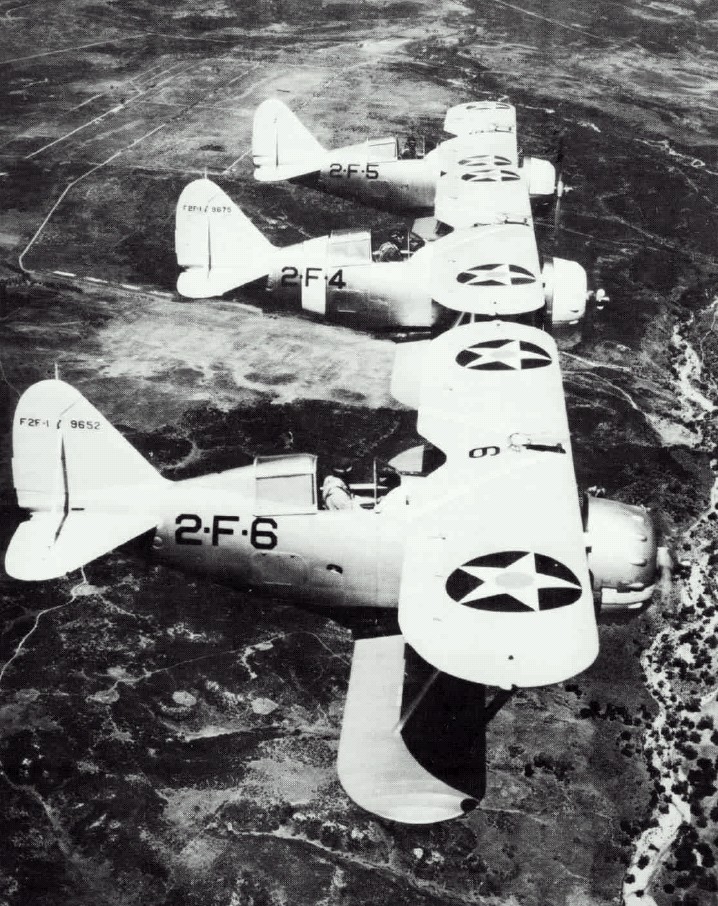 F2F-1s began to replace the Boeing F4B-2s of VF-2B, stationed on the aircraft carrier USS Lexington, on February 19, 1935. The F2F-1 had a relatively long service career for its time, serving in front-line squadrons from 1935 to September 1940, when F3F-3s began to be received as replacements. By September 1940 the F2F had been completely replaced in fighter squadrons, although it continued to be used as a shooting trainer and utility aircraft at various naval air bases.
Gallery: (To come) 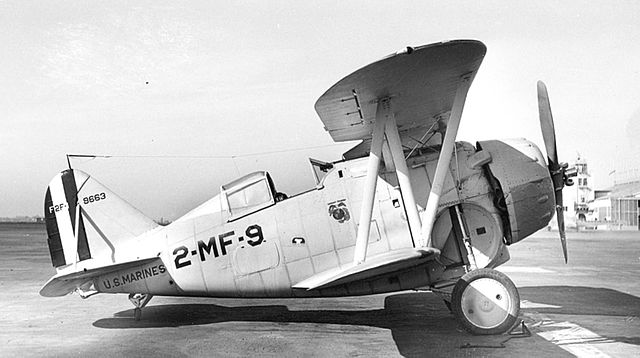 Src/Read more about the Grumman F2F: