To the industrial era

From antiquity to the XIXth century: The age of sail, from prehistoric boats to this day, through the bronze age, antique & Medieval era, Renaissance and Enlightment and naval battles, from Salamine to Tsushima.

Triple entente and central empire fleets, ships types, and naval battles of the 1914-1918 period, plus naval actions up to the Washington treaty defining naval matters in the interwar years.

Six years putting the entire world ablaze, with major belligerents clashing at the surface of the sea, under and above, shifting from battleships to aircraft carriers. It's also a study of interwar treaties and consequences, and civilian ships types.

From 1947 to 1990 two superpowers entered a naval arms race, via NATO and the Warsaw Pact. This saw the end of the colonial era and proxy wars, the rise of new nations and non-aligned navies.

The First Online Warship Museum What it is about ?

Naval Encyclopedia is the first online warship museum. Dedicated to the history of all ships of the industrial era, roughly since 1820 to this day. It is focusing on the 20th century through until the end of the cold war. It covers also the classical antiquity, medieval, renaissance and enlightenment eras. Naval History is indeed very ancient, warships constantly evolving, just as tactics adapting to existing sources of power. Wind and human power first, and from the 19th century, steam power (and the rule of fossil fuels), up to the dominance of nuclear energy for the most valuable assets. There has been path of divergence and convergence also between civilian ships and their navy counterparts, like the famous Galleons of the 16-17th century that blended the role of cargo and warship. This survived well into the 20th century on civilian ships, first as a precaution (like fake ports) then as a tradition on mixed and tall ships. Nowadays the most complex hand-built moving crafts ever designed by mankind, arguably, are nuclear submarines. Specialization and optimization helped global trade in the last XXth century, and especially the XXIth one frequently called “globalized”, based on the consumer society. The challenges world’s fleets are facing are huge, traducing like always the shifting weight of nations in geopolitics, in ever growing tensions born from dwindling resources. 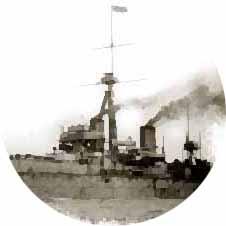 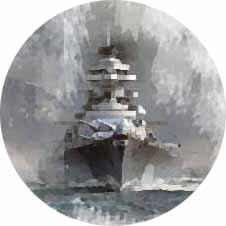 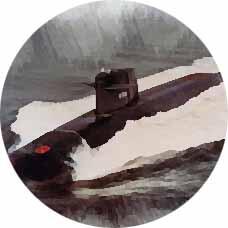 Photos, blueprints and dedicated illustrations, also some merchandising to support this site !
All Posters

Naval Encyclopedia is the first online warship museum (1997), with 2,600+ pages for now, and counting. Dedicated to the history of all ships of the industrial era and 20th century, so 1820 to 1990, but also earlier times. The main difference for this early period is to study ships types through some famous examples. The latter is a work in progress since more than twenty years. This current version is #5. After its last refit in 2021, the present website is:

Other sites of the Portal

He who controls the sea controls everything
(Themistocles)
A smooth sea never made a skilful Sailor
F.D. Roosevelt
Don't give up the ship!
Captain James Lawrence
Sail away from the safe harbor, catch the trade winds in your sails. Explore. Dream. Discover
Mark Twain
There are three kinds of beings: the living, the dead and the sailors.
Anacharsis
Damn the torpedoes, Full speed ahead !
Adm. David. G. Farragut
We cannot control the wind, but we can direct the sail
Thomas S. Monson
When the sea is calm, every boat has a good captain
Swedish Proverb